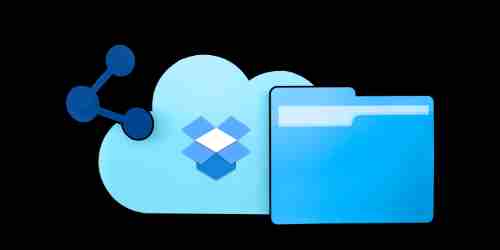 With DocSend as well as the purchase of HelloSign, Dropbox is attempting to broaden its line of tools for managing workflows in documents. This is one of the critical elements of its growth strategy and shift to supporting the business.

“DocSend’s secure sharing and powerful document analytics are a great complement to our expertise in content management at scale,” Dropbox stated in the blog post. “And once combined, Dropbox, DocSend, and HelloSign will offer a full suite of self-serve products to help businesses around the world manage end-to-end critical document workflows and drive meaningful business results.”

The DocSend, along with the HelloSign acquisitions, demonstrate how Dropbox is expanding beyond its online storage options and ensuring its viability for the long term. Dropbox is in the process of streamlining its structure for teams to concentrate on the most critical priorities, which include improving the essential Dropbox experience and investing in new services for distributed teams.

As stated, DocSend allows companies to transfer important documents securely. Additionally, users can see crucial information like the number of users who read the document and how long they spent reading every page.

The security features include password-protected documents, NDAs, and email confirmation. Users can also access Microsoft Word, Microsoft PowerPoint, and Keynote documents within the application itself.

Dropbox announced it would purchase DocSend in a deal worth $165 million. The company allows customers to organize and share documents by sending secure links instead of emails.

we’re sharing the news that we’ve entered into an agreement to be acquired by Dropbox for $165 million.Building and growing DocSend has been an incredible journey — and we believe this will help us take our mission even further with the potential to reach millions of Dropbox users to start,” Russ Heddleston, Dave Koslow, and Tony Cassanego, Founders of DocSend, stated in an article in the press.

“We started DocSend in 2013, with the purpose to improve the sharing of information. After years of sending decks and emails in the dark We were brought together by the belief that there needed to be a better method to share business-critical documents, to understand how other parties were interacting with the documents, as well as, give the business owners more control over the content they share,” added.

“So we designed an encrypted document sharing application and then added an array of information and analytics that provide users immediate and relevant feedback. In the years that followed, we carried in that direction and created an entire team that supports more than 17,000 businesses across the globe in business development, fundraising as well as sales M&A deals as well as investor relations and much more,” the press note stated.

“We’ve been focusing on helping business leaders achieve their companies’ results. This is especially important today as the world shifts towards remote work, making collaboration with teams outside the company appear more isolated than ever when we join forces with Dropbox. With HelloSign (a Dropbox company), the possibilities for collaboration increase exponentially.

What will this mean for DocSend Users?

DocSend offers users an unobtrusive method to read and access documents. Through HelloSign, with DocSend working in combination, businesses can manage all their documentation within Dropbox. Dropbox ecosystem.

In the interview, Russ Heddleston, the founder and chief executive officer of DocSend, explains: DocSend Explains:

Our roots lie in aiding startups through the process of fundraising and encouraging entrepreneurs to pursue their goals by providing them with greater control and visibility into the process of pitching. As we’ve grown, we’ve discovered that being able to safely send content to others and then interact with documents once they’ve been transmitted offers powerful benefits to various customer groups. With the addition of the company, we’ll be able to expand quickly, bringing our ideas and capabilities available to millions of users around the globe who depend on Dropbox for their most valuable documents.