How To Smoke Out Of An Apple 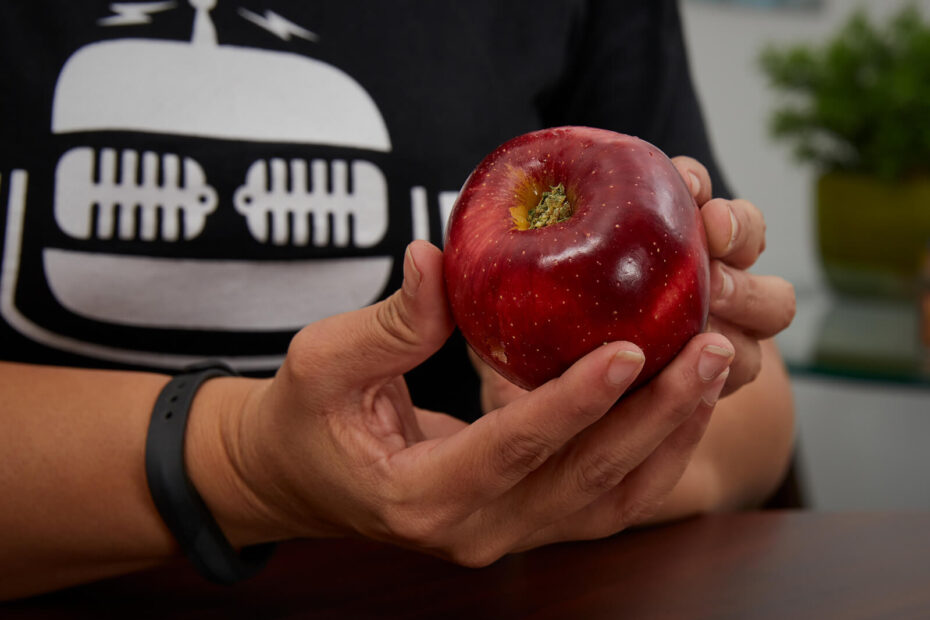 Smoking marijuana from an apple is an extremely popular DIY option for generations of cannabis smokers. In keeping with its name, an apple pie or apple bong is a pipe for smoking weed constructed from an apple. It adds flavor to your cannabis while you puff and is one of the most healthy old-fashioned methods to smoke cannabis. Pipes made of apples are disposable, so you will not have to do the tedious cleaning needed with glass pipes or other devices for consuming cannabis. If you’re looking to smoke weed from apples, read this short guide on how to make and use your homemade apple pipe.

Things You Should Know

What exactly is an apple pipe?

Apple pipes — sometimes referred to as an apple bong is a pipes made using an apple. It is utilized in the smoking of cannabis. Apple pipes are among the most healthy alternatives to DIY smoke devices, particularly in comparison to pipes made from soda cans or tin foil. The apple pipe is discrete and affordable; apple pipe is popular for cannabis users who have no glass or paper pipes available, prefer to dispose of their evidence of consumption, or don’t need to deal with the effort of cleaning a traditional device. Find out how you can make an apple-shaped pipe at home.

What is the story behind this Trend of Smoking from an Apple Inventory?

There’s no precise date or the moment you can identify the time when this trend first began. But, there is a legend that a group developed this method made up of high school students who were experimenting with marijuana.

They wanted something durable that could not only let them breathe the smoke but was less harmful than other alternatives. They could have been more particular about not exposing themselves to aluminum. However, they were looking to find something which could be cleaned quickly and without causing suspicion. Then all, you could take a bite of an apple (although we wouldn’t advise that), and no one would be any wiser.

It could have come from stoners looking to experiment with organic substances while experiencing a high. What could be better than an apple? High school students have been known for absconding with cafeteria apples specifically for this purpose.

You’ll require the following items to create an apple pipe.

Making the apple pipes is simple. With just a few steps and only a few minutes, you’ll have a perfect device to add flavor to the cannabis. To build a traditional apple pipe, you’ll have to construct the following items:

How do you create (and make use of) Apple pipe

Start by removing the apples and the entire stem from the fruit’s base. Doing this gives you enough room to make use of your apple’s top to make a bowl.

Using a screwdriver, you can make an opening on the side of the apple. Then, you can go through the center and out the opposite side. One end of the apple will be your mouthpiece, and the other is the carb.

Use a toothpick to make several holes through to the upper part of your apple until the middle hole, allowing airflow from the bowl straight to your mouthpiece.

When it comes time to decide, conduct an experiment by breathing through your mouthpiece, ensuring that airflow is free and correct.

Fill the top of the apple with weed. Ensure that your mouth is on the desired mouthpiece and that your hands cover the carb.

Inhale, light, and then enjoy smoking weed made from apples.

Use the Apple Pipe

The transformation from an ordinary Apple to a pipe made of apples is completed! Place the marijuana you bought at a dispensary in Denver into the top of the hole you designed. Please place it in the apple as you would in the glass bowl. Place the apple in your hands and place your finger on the third hole you made close to the upper part of the fruit. Put your mouth over another hole at the bottom of the apple and ignite the marijuana before smoking. Learn how to build an apple pipe so that you can smoke marijuana.

To learn more useful cannabis advice, we suggest visiting Altitude Dispensary, a dispensary located in Denver. Our knowledgeable budtenders will assist you in finding the perfect recreational or medical product that meets your requirements.

What are the benefits of smoking a pipe in an Apple?

There are many advantages to smoking an apple.

If you’re not a regular smoker, likely, you’re not looking to invest in bongs or pipes, even if they’re not expensive. Maybe you don’t want people to find out you’re a cannabis smoker.

Whatever the situation, it is important to eliminate it when you’ve finished your session.

While other users of marijuana might know what you’re getting done, non-cannabis users will likely discern what you’re doing. It’s possible to carry an apple on your travels or buy one anytime you’re craving a smoke.

A lot of cannabis users use aluminum foils or containers for constructing a bowl. One of the most famous bongs you can construct from scratch is the gravity one, which needs a plastic bottle, and the bowl is usually made from foil. However, creating bongs at home is relatively easy; aluminum and plastic harm your body. The aluminum’s vapors smell bad, but they’re also believed to cause cancer.

However, it is not breathing in toxic fumes while using cannabis in the form of an apple. Additionally, it’s ecologically friendly and can be used to compost. If you’re a fan of nature and you love marijuana, it is something you must try!

Summary: How To Smoke Weed Out Of An Apple

Smoking an apple pipe is a memorable experience. Creating pipes with the methods mentioned in the previous paragraphs is fairly simple.

The simplicity and the apple flavor make smoking an apple pipe or slice pipe a pleasant experience. Additionally, you can enjoy it while on the move when you need to have all the right equipment to smoke.

If you do something wrong, You can try it again until you’re perfect, and you’ll be smoking marijuana out of an apple within minutes!